Ever Wondered What Types of Home Improvements Will Increase the Value of Your Home?

We have assembled a list of the top 8 value adders here for you (with the help of well noted publications and organizations).

1. Adding an Attic Bedroom
According to Remodeling Magazine, the number one home improvement project as far as recouping a return on your investment is the addition of an attic bedroom. At a nationwide average cost of a little over $50,000, you can expect to recoup 72.5 percent of the cost when you are selling your home.

2. Adding Another Bathroom
Over the past few decades, the kitchen was the home buyer’s focal point when choosing a home. In 2011 we saw a major shift. Bathrooms became more important to buyers than kitchens. That said, an additional bathroom, even a half bathroom, adds significant value to your home, according to the experts at the National Association of Home Builders (NAHB).

A half bath may add up to 10.5 percent to a home’s value, while a full bath can increase the value by 20 percent. On the West Coast you can expect to spend about $50,000 to add a new bathroom and expect to recoup almost 67 percent of the cost of the addition, according to Remodeling Magazine. Other parts of the country are spending a bit less – around $41,000, but will recoup less as well – 47.7 percent of the cost.

3. Kitchen Improvements
Kitchens tend to be the heart of a family home so anything you do to improve your kitchen will add value. Whether you plan an entire kitchen remodel just a minor updates, new cabinetry, kitchen sink, fixtures, counter tops and updated lighting will all add value. Vinyl flooring tends to make the room look dated, so consider replacing it with laminate or tile.

4. Boost Curb Appeal
Curb appeal is what beckons potential buyers into your home and underestimating its importance would be a big mistake a homeowners could make. “Curb appeal” includes a good looking driveway, walkways, as well as the landscaping front and back. A poorly maintained front yard can result in up to a 10 percent drop in value, according to Houston appraiser Frank Lucco.

5. Refurbish the Basement
Converting the basement to a family room, in-home theater or recreation area adds use-able square footage to the home, which is one of the best ways to add value.

6. Add More Storage
Most new homes come equipped with lots of storage. Older homes, on the other hand, tend to lack even some of the basic storage options, such as a coat or linen closet. If you lack the space to expand closets or other storage spaces or build new ones, consider redesigning the spaces you do have.

7. Additional Square Footage
Every 1,000 square feet added to a home raises the value by more than 3.3 percent, according to a 2003 study for the National Association of Realtors®.
While that percentage doesn’t sound significant, when you put it into numbers it makes a lot more sense. For instance, if your home is valued at $200,000, a 3.3 percent increase adds an additional $6,600 to the value.
Additionally, the 3.3 percent statistic can most likely be adjusted upward based on the age of the study. The study also claims that each additional bedroom adds 4 percent to the value of the home.
If your laundry is located in the basement, the value of your home decreases by two percent, so if you plan on adding square footage to the home, build a laundry room on one of the upper floors.

8. Other Miscellaneous Home Improvements
There are many small items you can add to the home that buyers will perceive as adding value. Some of these include:
Alarm systems
Water filtration system
Luxury touches such as an upgraded dishwasher, whirlpool bathtub and built-in wine coolers may peak the buyer’s interest.
Adding an in-home theater and additional spa-like features to the bathrooms. 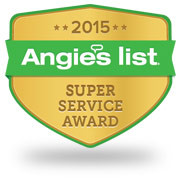 Ever wondered what types of home improvements will increase the value of your home? Click here to find out.